Augmented Reality For Industrial Applications In 2021

Augmented reality is a technology that allows computer-generated data to be superimposed onto a real-world imagery environment in real time. It has been used for many different applications, but right now we are recording an increasing interest in augmented reality for industrial applications in 2021.

The so-called industry 4.0 is already shaping our factories, and it involves numerous high-tech instruments to upgrade a perfect functional smart manufacturing environment.

And it goes without saying that augmented reality is one of the most useful techniques used in this transformation.

There are numerous factors that may influence our operational rankings by making our businesses less efficient, and they can be resumed in basically three fields.

First of all, human errors. Human errors may occur for many reasons, such as fatigue loss, stress, an overload of information, or difficult to remember complex and intricate procedures.

The solution coming from augmented reality for industrial applications in that case may be for example the superimposition of any information needed in that very moment on the screen-view of the user.

Those may come in the form of live-sketches, arrows pointing out the problem or actual written info coming from manuals.

Second, overall inefficiencies. Inefficiency may occur because traditional maintenance or assembly operations usually take a long time, perfect execution and many other tasks which may fatigue even the most experienced between your workers at some point, especially if they’re using the wrong tools.

With the assistance of an augmented reality for industrial application, they’ll have anything needed right on the spot while being followed step by step without losing time or their nerves.

That’s very important especially when you need to operate on fragile or special machineries which need extra-attention.

The aforementioned issues may be translated easily in one word: high costs. Because of all we already said, these errors will influence badly on your balance, and to not correct them with the right solution will lead to even worse consequences, even harming your workforce eventually.

Many studies have already stressed the fact that augmented reality for industrial applications are able to boost productivity and overall performances in many factories where this tech has been used.

One of the most famous studies about the argument called “Augmented Reality Efficiency in Manufacturing Industry: A Case Study”, written by T. Salonen, M. Liinasuo, J. Pakkanen, M. Vanhatalo, A. Riitahuhta has registered that in those factories were this has been implemented we can see a performance improvement of even 50% compared to those factories which didn’t implemented AR tech for theirs workspaces.

Naturally, those improvements may be also registered in your balance, where the absence or fixing of any kind of error in the manufacturing process translates into enormous cost cuts and economical benefits for all the factories.

To improve your industrial niche and business with augmented reality, you’ll need the proper equipment. A good option would be trying out the newest Kiber product: the Kiber 3 kit.

Kiber 3 kit has been designed to perform the most efficient industrial operations in any kind of environment, even the most hazardous ones thanks to its Atex Zone 1 certificated AR wearable.

Kiber 3 kit is, as a matter of fact, built with a carbon fibre reinforced composite polyamide able to guarantee extensive protection.

It also includes all the augmented reality features needed for these products, such as: a vision wide angle camera, a long-life battery, an accurate headphone set able to send a receive messages in the noisier environments, and a hand-cam for thermal imaging. 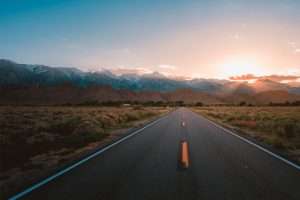